What is bamboo salt? 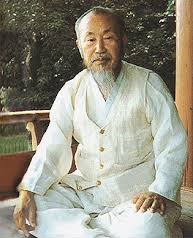 Bamboo salt is recommended for your general health, but also for chronic diseases and for elderly people.

The production of bamboo salt is a process of turning minerals and salt into bioactive substances.

The bamboo salt process was first described by Kim Il-hoon (1909-1992). His book “The Universe and the God’s Medicine” was published in 1986. Kim Il-hoon recommended bamboo salt for general health, for older folks and for chronic diseases. Today, many people enjoy bamboo salt and feel very good because of it. Taking health into your own hands does wonders.

Genuine Bamboo salt comes from handmade sea salt extracted from salt pans off the West coast of South Korea on the Yellow Sea. It is called Fleur de sel.

A fire is made of pine wood and the stuffed bamboo tubes are placed on the grill above the fire. The bamboo tubes burn to ashes and the harvested sea salt becomes a hard mass. In this battle with the fire, some of the juices, minerals and trace elements of the bamboo and the red Korean mountain clay penetrate the gradually hardened sea salt. The hardened sea salt pieces are ground into powder or crystals, depending on what one wants to achieve. This process is repeated up to 8 times. 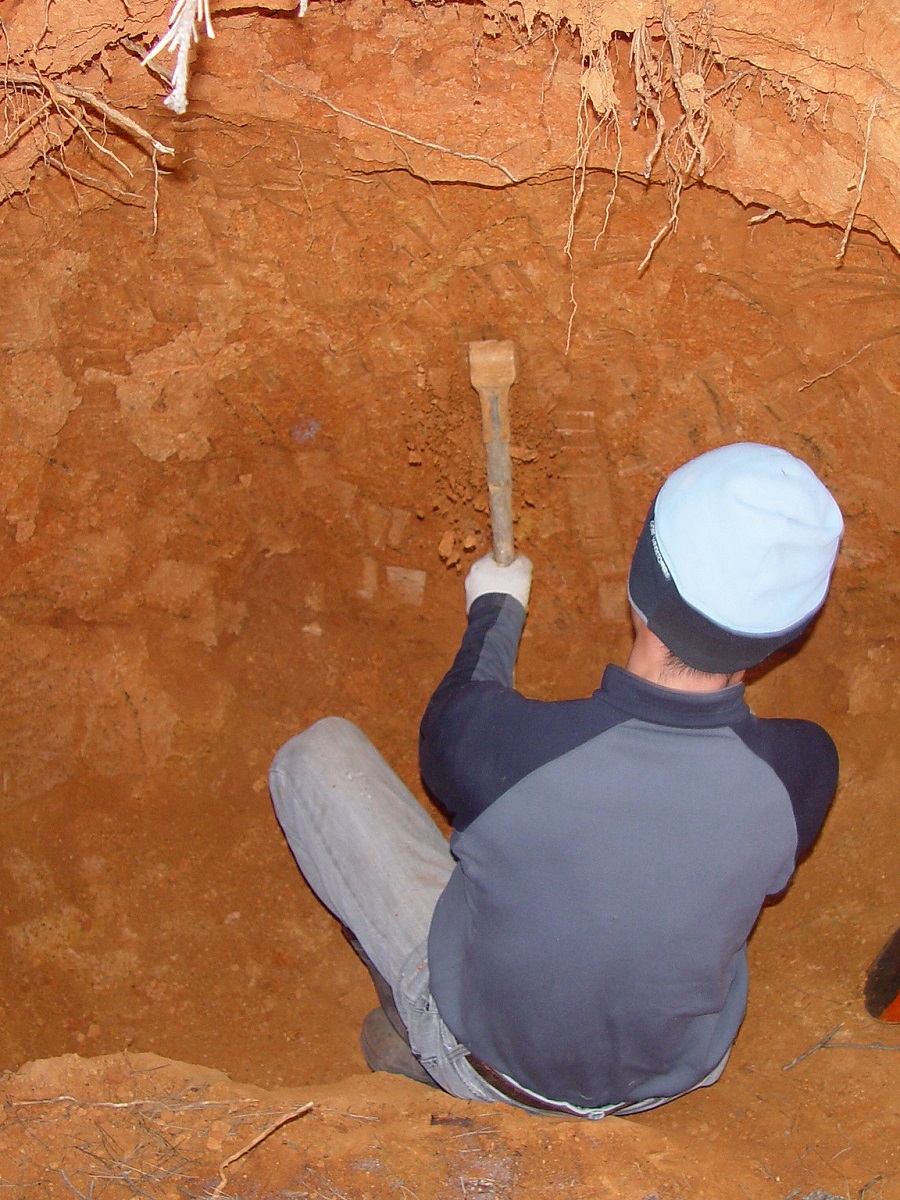 Red clay dug out to seal the bamboo. 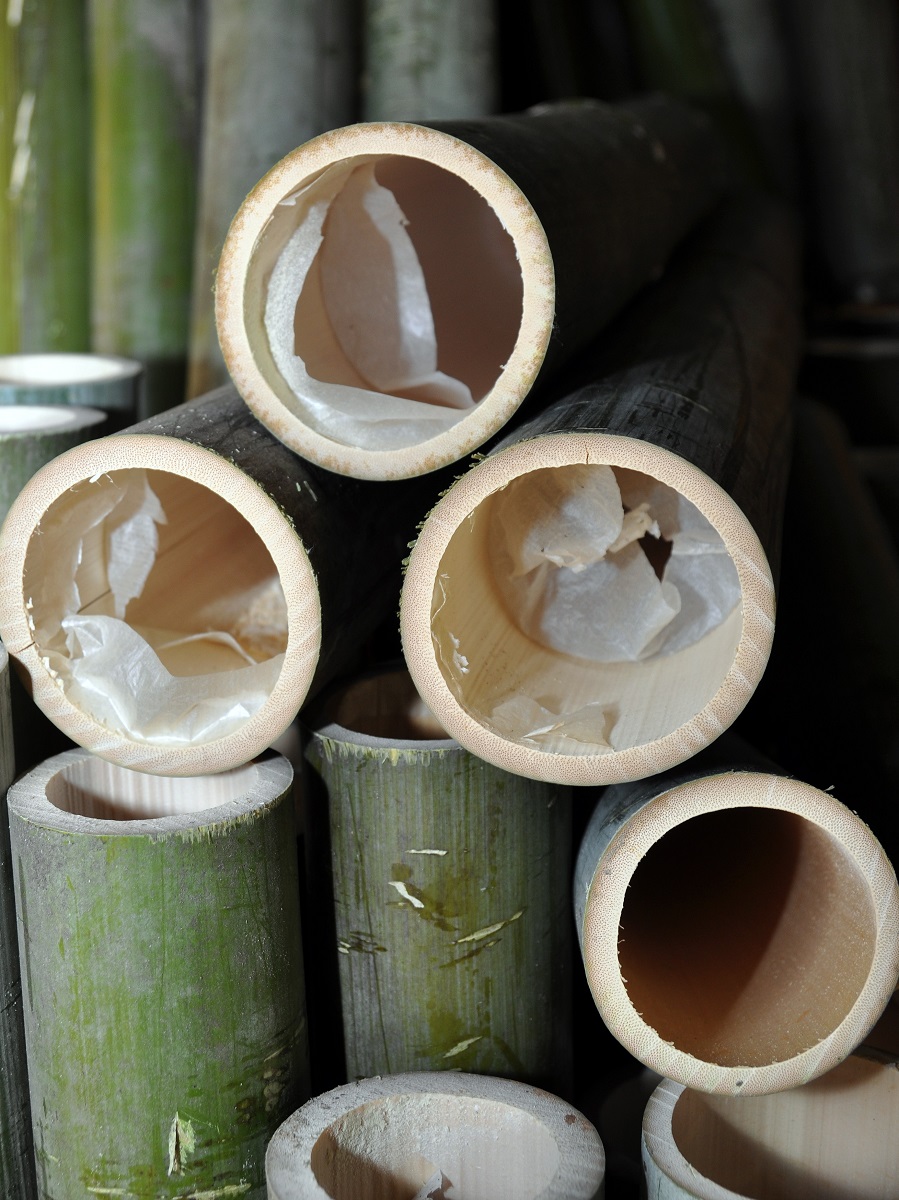 Bamboo tube just before it is filled with sea salt. 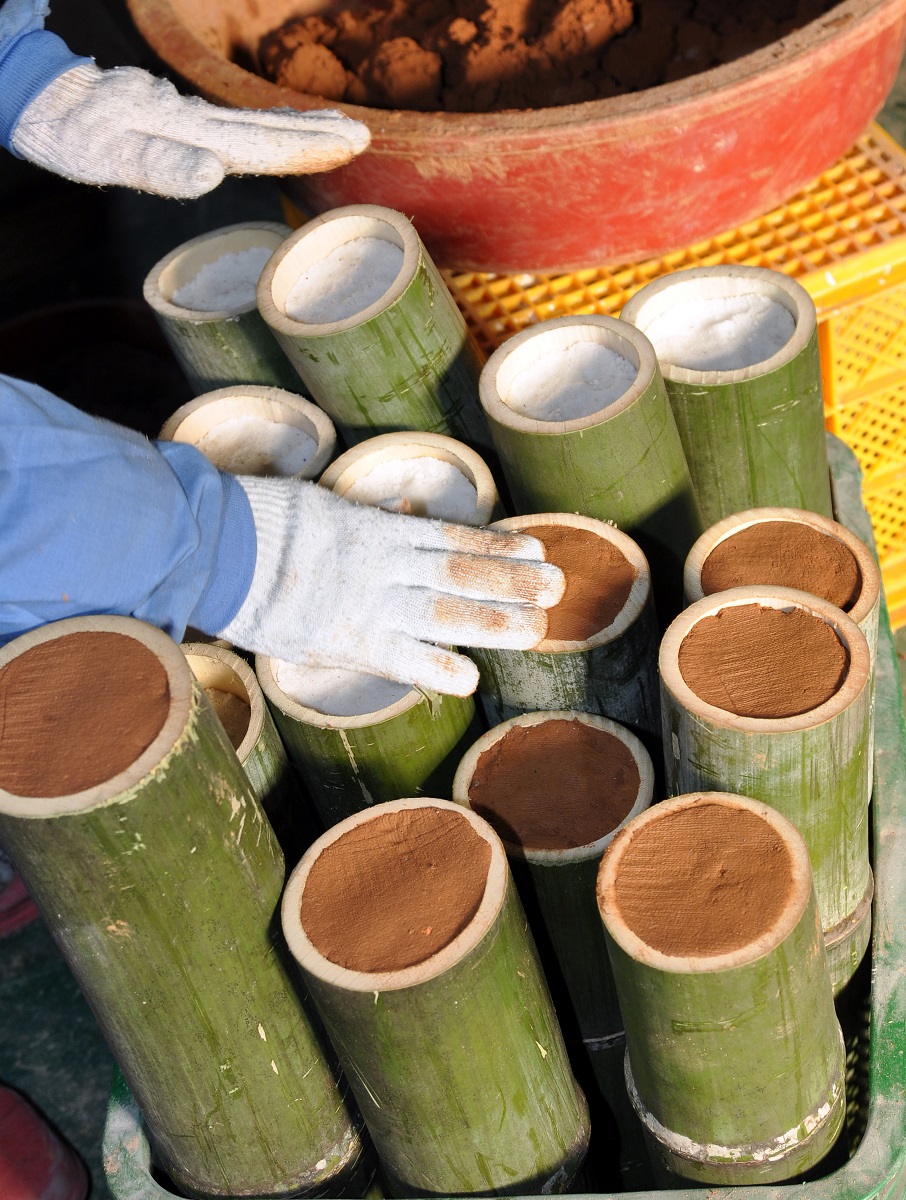 Bamboo filled with sea salt and covered with red clay 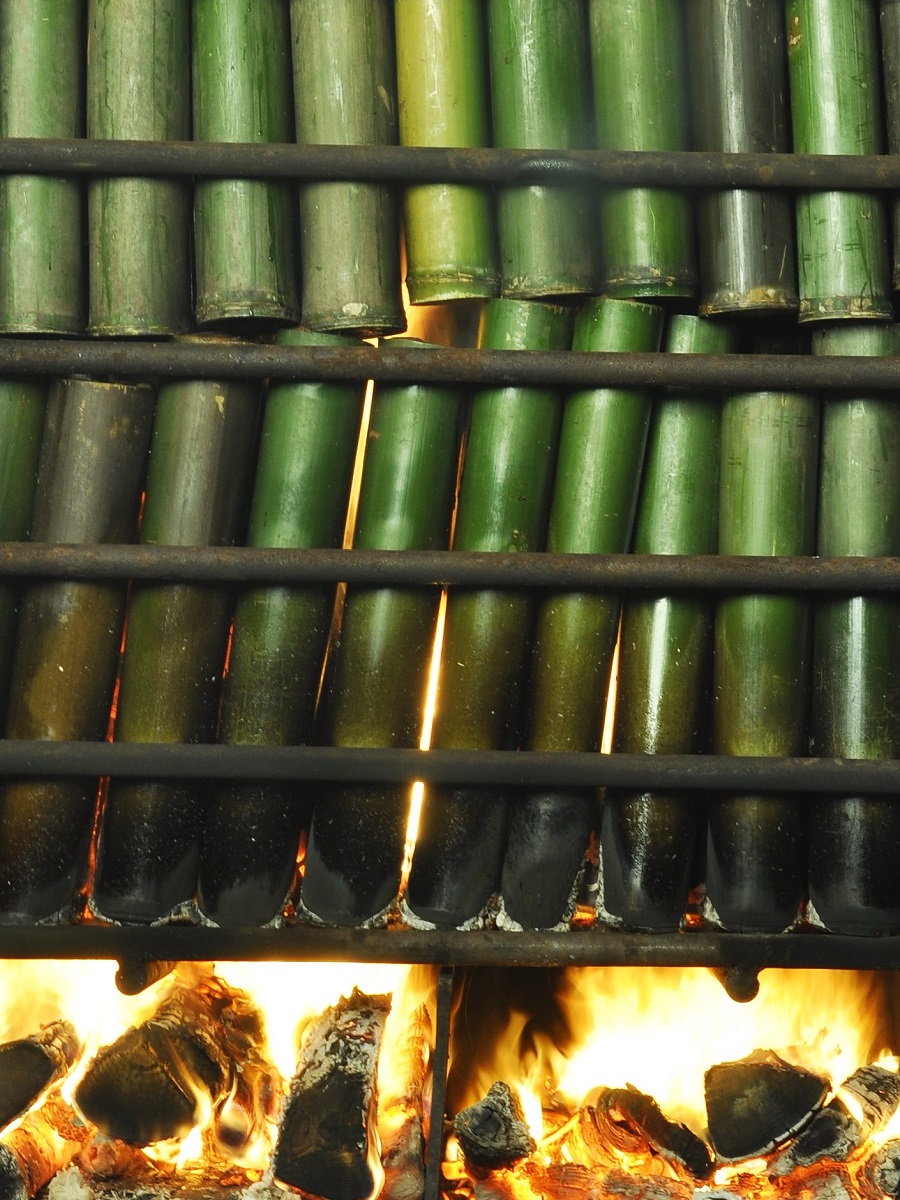 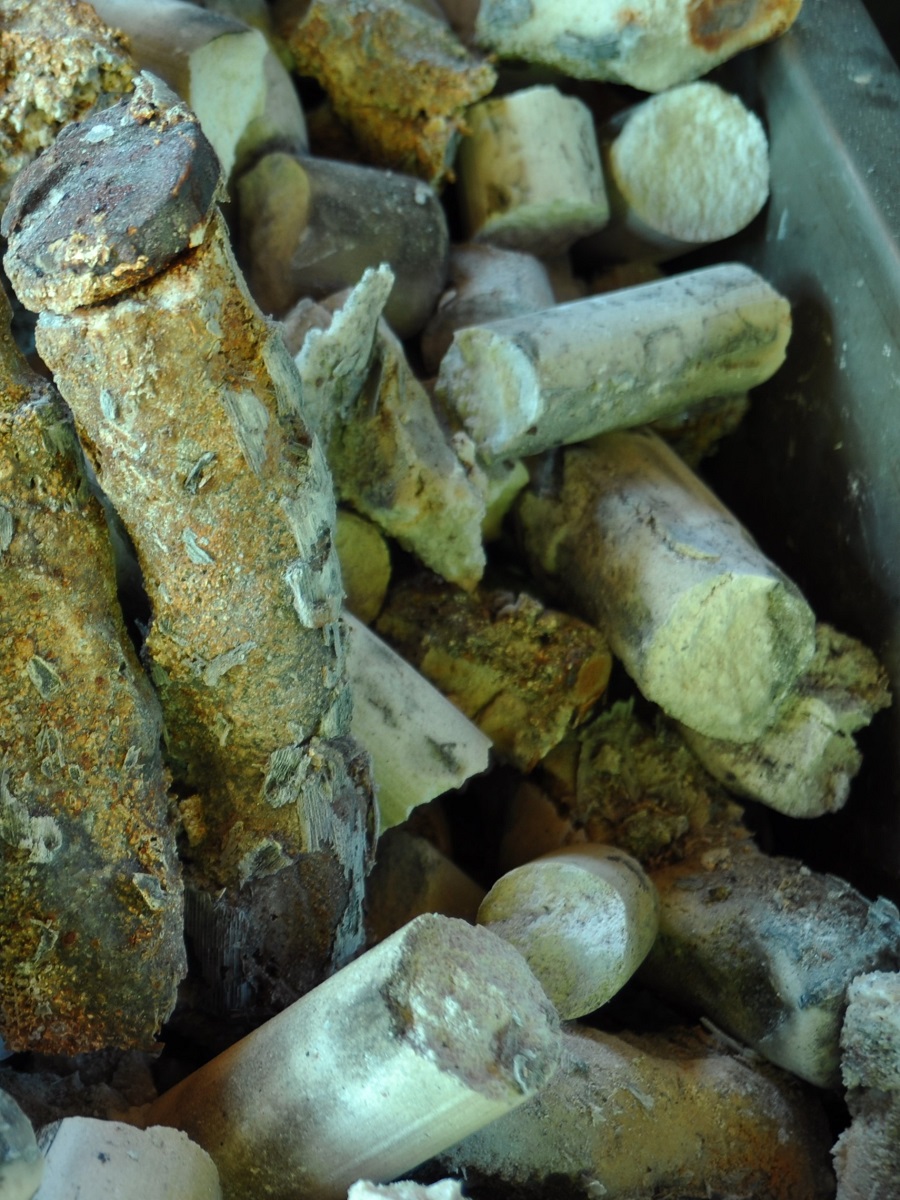 Bamboo salt after one burn.

The most magical bamboo salt comes from burning 9 times. The sealed bamboo tubes are then put into an iron barrel. Resins are added to the pine wood so that the fire reaches temperature as high as 1300° C. The bamboo burns and the salt becomes a kind of lava. Liquid bamboo salt. This liquid bamboo salt is allowed to cool and becomes a hard rock. Then it is ground into crystals of coarse to very coarse bamboo salt.

What types of bamboo salt are there? 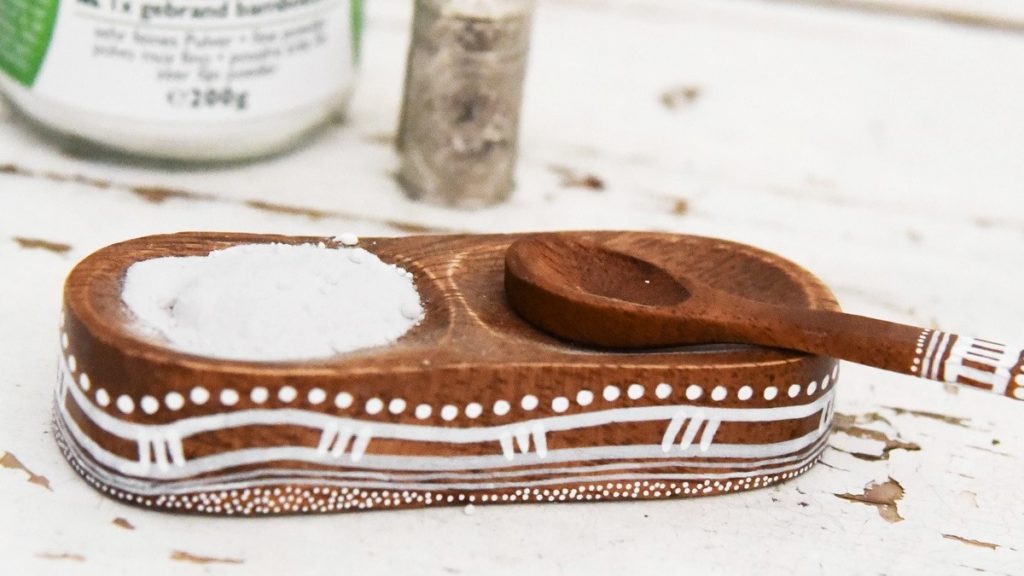 Bamboo salt can be roasted 1 to 9 times. For the Koreans, the originators of bamboo salt, numbers have great significance. 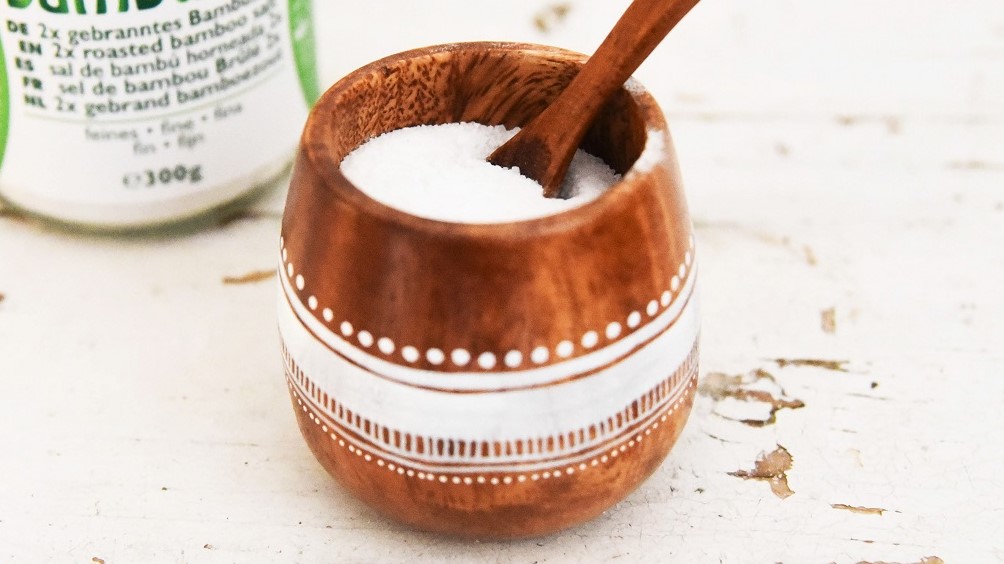 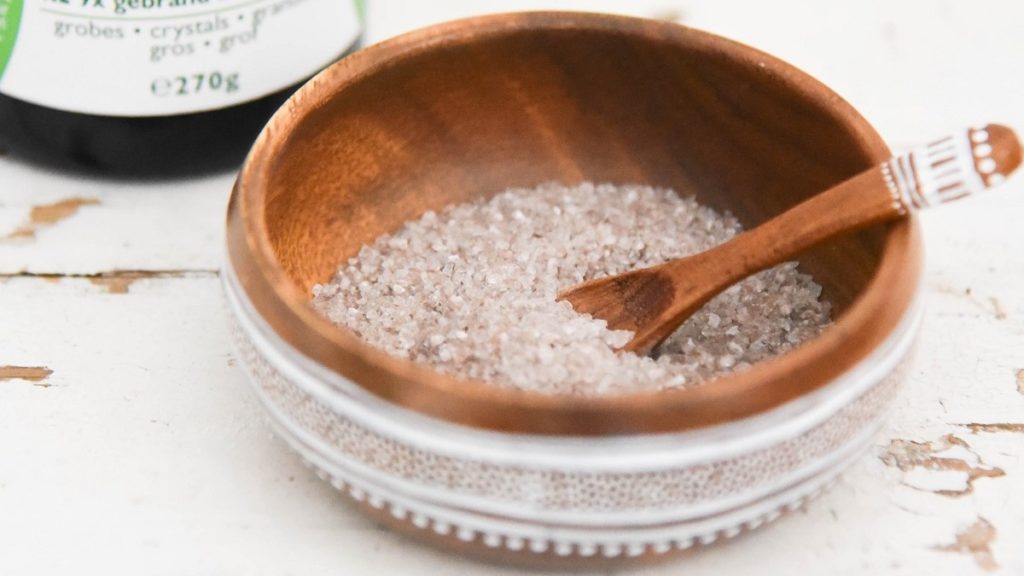 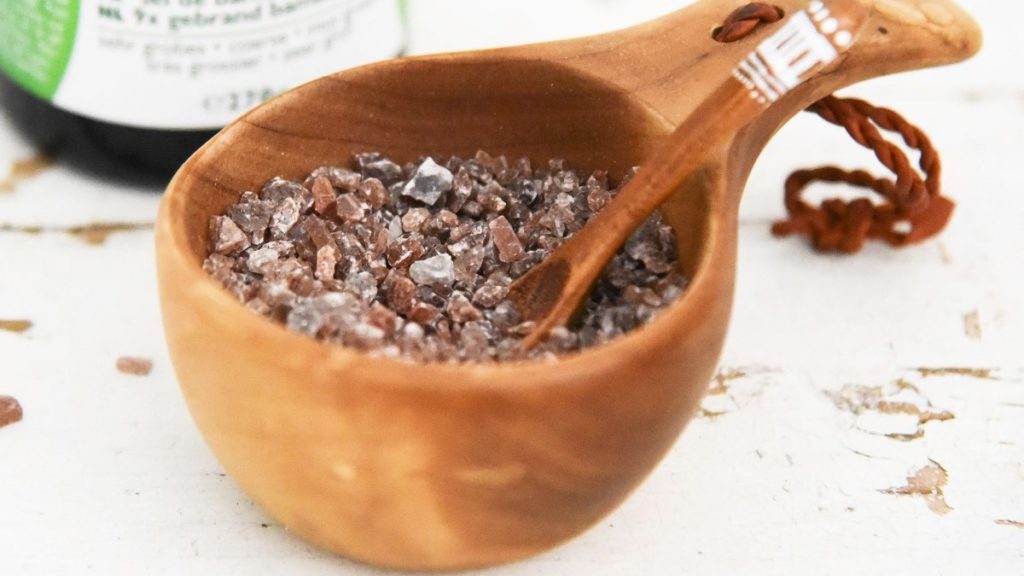 Bamboo salt as a bio-active substance.

Red clay dug out to seal the bamboo.

Bamboo tube just before it is filled with sea salt.

Bamboo filled with sea salt and covered with red clay

Bamboo salt after one burn.