The ideal meat substitutes? 5 reasons why soy is so unhealthy 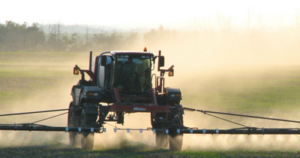 Years ago soy was still considered to be a waste product. These days it is a billion dollar industry and soy is present in many more products than you would ever know. In this article we focus mainly on substitute meats. Soyburgers seem very healthy because they are rich in proteins, don’t contain any dairy products, and contain various healthy nutrients. Yet it is not what it seems.

There are many meat substitutes that are made from soy. Not only do they contain soybeans, but also soy extracts. Products that contain soy originate from the soybean. It is a legume from Asia. There are two types of soy: fermented and unfermented soy.

Unfermented: this soy, before it is fully processed, is not fermented. Most meat substitutes that contain soy consist of unfermented soy. Although other products also contain soy. Think of tofu, tahoe, soy milk, soy yoghurt, soy protein powder, soy burgers, and soy margarine

Fermented: this soy is fermented before it is processed. Fermenting is a fermentation process that changes the taste, structure and the composition. Examples are tempeh, miso, natto and tamari.

Did you know that soy has an influence on your hormones? Soy can actually act as a goitragen. A goitragen is a product that can contribute to an impaired thyroid function. The thyroid will start growing in size when it is prevented from creating the thyroid hormone. In this way it tries to compensate for the inadequate hormone production. Also, GMO soy contains more female estrogen, influences the chance for women to become pregnant, and lowers the testosterone level. Is this so natural?

Soy is bad for your intestines

Soy contains anti nutrients like phytic acids and phytoestrogens: poisonous substances that are naturally found in soy. These can cause digestive problems (this relates also to the previous bullet point regarding stomach pains). These anti nutrients contribute to the fact that digestive enzymes cannot fulfill their job. In turn, this contributes to your body not being able to easily break down proteins.

On average 70% of soy in the world has been genetically modified. Its DNA, in these cases, is intentionally modified to become ideal plants for companies.

Health is not the target in this case; it’s all about commercial gain. The plants become more resistant against certain pesticides, are less vulnerable, look better, and contain less allergy- causing substances. The plant can even produce certain particles by itself.

Soy is at the top of the list when it comes to pesticides. Many experiments have been done on soy. At the moment the world’s top supplier, Monsanto, sells GMO seeds that can grow into soy only once. The plant can be entirely sprayed with pesticides, because these plants can survive through anything. It appears that the growers of GMO soy in Argentina use twice as many herbicides. The reason for this is that every single year, soy is grown in the same soil and the unilateral use of glyphosate increases the resistance of certain weeds, resulting in the use of more and more tenacious pesticides.

Soy is not good for the environment

In addition, the soy industry is mostly responsible for the deforestation of the Amazon Rainforest. The sheer scale is one of the most famous characteristics of the soybean cultivation, especially in Argentina and Brazil, where these countries are very dependent on their export. The worldwide demand for soy is on the increase, and therefore companies need to act quickly and on a short-term basis. If the demand continues to increase at this rate, almost 22 million hectares of South America will be taken over by soy plantations by the year 2020. Fortunately, people become increasingly aware of the consequences and the client will therefore demand more sustainable soy.

Which type of food containing soy should one avoid?

A lot of ‘veggie burgers’ contain soy. It is for this reason that we want to warn you since there are so many other options from which to choose as a vegetarian.

Next to vegetarian burgers, there are also a lot of baby food brands, dietary products, energy bars, chips, crackers and rice cakes that secretly contain soy even though you would not expect it. Don’t opt for soy milk, but rather for rice, almond, coconut or an oat drink.

We suggest you only eat soy sporadically. Choose seitan. When you choose soy it is better to go with traditional, fermented soy products like tamari, shoyu sauce, miso, natto and tempeh. Try to avoid eating large quantities of soy at the same time.