Soy or soya is not a miracle food. Vegetarian or not

Soy: the dark side of soy as a healthy diet 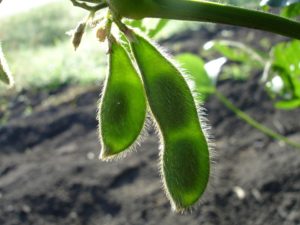 Soy as a healthy diet70% of all soy consumption in China is imported, mainly from America, Brazil and Argentina. The increased popularity of soy in Japan and Asia largely started after the American occupation of Japan during WW II. Before then, Japanese only sporadically and sparsely ate soy, and they were traditionally produced soy products. But America found out about soy … They discovered cheap soybean oil obtained through extraction using harmful hexane. Subsequently, a solution had to be found for the tonnes of residual press cake: they could either be added cattle feed or used for products for human consumption. The latter would yield a greater profit. The result was Americanised soy products – cheap but hardly healthy compared to their traditional Asian examples.

In the book: “The Whole Soy Story: the dark side of America’s favourite health food”, the author Kaayla T. Daniel describes what scientists know about soy and its industry. About this book, Dr. J. Mercola, the founder of the world’s largest digital health newsletter, writes the following:

“Kaayla Daniel lifts the lid off the soy health dogma. Soy is NOT a miracle food.”

Warning: a method to miraculously turn soy beans into supermarket soy milk, tofu, TSP, SPC and SPI is by using alkali. This results in the linked unnatural protein ‘lysinoalanine’. Rats fed with these soy products produced kidney problems and kidney stones. Alkalised soy products were robbed of good proteins such as threonine, serine, cysteine and iron.

Deliberately not opt for westernised soy products. Why?

Mary Shoman (author of “living well with Hypothyroidism” and from the website www.thyroid-info.com):

“Consumed in large quantities, soy is a hormone disturbing drug that creates many health issues, such as thyroid problems.”

Samuel Berne (author of “Without Ritalin: a natural approach”):

“Soy oestrogens can have a negative effect on the brain at all ages, particularly that of infants. Additionally, baby food based on soy contains too much manganese”

Katie Singer (author of the book “The Garden of fertility”):

“Many girls and women who have excluded soy from their diet experience better gynaecological and menstrual health.”

“Women should be more afraid of the marketing of soy products than of using low dose bio-identical hormones.”

When you eat soy…

1. Soy or soy beans, like all other beans, are unsuitable for human consumption in their raw state. Preparation of the soy bean is therefore important. Fermentation turns an inedible bean into an edible bean. Extensive cooking does to.

4. For many people, soy is a well-known allergen. It has a place among the top 10 allergens in food. Soy consumption can cause allergic reactions like intestinal and respiratory problems (just like gluten, however soy is more likely to produce these reactions because it contains a high amount of lectins and saponins as well).

5. Soy has a negative effect on the thyroid.

6. Soy contains phytates, substances that inhibit zinc, iron and calcium absorption. Soy beans contain considerably more phytates than other beans, for instance 4 times the amount found in chickpeas. On average, soy proteins contain 4.9 to 8.4 mg phytates per gram. An excess of phytates can lead to anaemia (as a result of iron deficiency).

9. Soy contains saponins (bitter substances) that have a negative effect on the protective layer in the intestines and on cholesterol levels.

Soy production turns Argentina into a desert. Monsanto’s role in it

70% of Argentina’s forests have disappeared. Of 100 million forests, less than 30 million currently remain (Argentine Environmental Secretariat). This is largely due to the soy industry. Monsanto. Forests turn into deserts because of Monsanto soy. 75% of the farmers in Argentina are faced with dry farm land. 100 years ago, Patagonia was home to 22 million sheep and 7 million people. Today, those numbers are 40 million and less than 10 million, respectively. Long live ? soy export and Monsanto.

Traditional soy (soya) is healthy in a varied diet; western soy very much less so

1. GMO (genetically modified) soy or soya contains a lot of Round up of Monsanto, weed killer (organic phosphates). And practically all soy products imported outside Europe are genetically modified. To be avoided like the plague. Scientific tests have quite adequately demonstrated that genetically modified soy can cause unforeseen damage to man and the environment.

2. Germination, excessive rinsing, cooking and fermentation largely reduces the protein inhibiting properties of the raw soy bean. The oestrogenic effects remain. For instance: soy milk still contains 13% of the original protein inhibitors. For tofu that figure is between 2.5% and 7.9%, for miso 0.3%, for natto 0.7% and for soy sauce 0.8% (“The Whole Soy Story”, Kaayla Daniel, p. 199). Protein inhibitors also damage the pancreas.