Which omega oil should you choose?

Without sufficient linoleic acid (omega-6) the body makes too little GLA. According to Ann Gittleman, GLA is needed for the production of prostaglandins that turn on the cells’ power plants (mitochondria) to burn body fat called ‘brown fat’ (16).
Also dr. Horrobin believes that GLA (derived from linoleic acid, omega-6) is effective in promoting weight loss (16). Instead of little or no fat, we should focus on sufficient and healthy fats. Women and men who aim for the minimum 15% fat calories should pay sufficient attention to the intake of a minimum amount of omega-3/6. 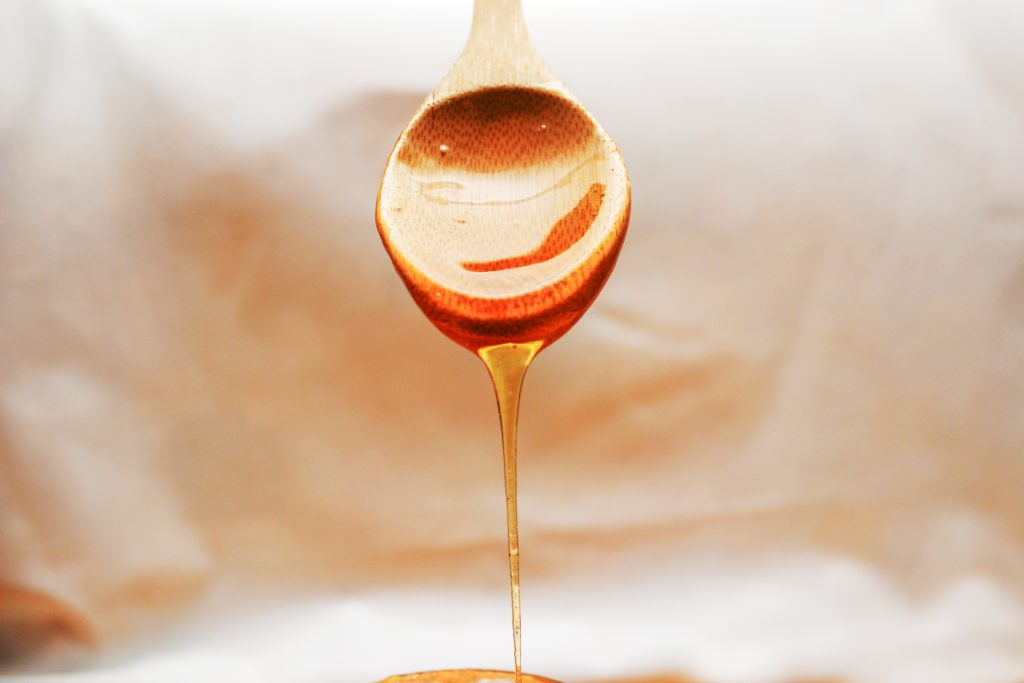 First , a lot of flaxseed particles remain in the bottle. Because the flaxseed particles absorb oil and because of this clamp themselves quite firmly to the bottom, it is difficult to get them off even with shaking. That’s a waste of money.

Secondly, because flaxseed particles are very rich in lignans. These are fine in small amounts, but in the form of a daily supplement these plant estrogens are rather negative. Phytoestrogens are substances with weak hormone-like action. They should not be supplemented in excess. See text p. 25 “Omega-3/6 packed in plastic or HDPE? No, thank you!”.

50% of all iodine in our body is absorbed by the thyroid gland. The thyroid gland is responsible for metabolism, body temperature, reproduction and growth. A slow thyroid is often a reason why some people gain weight faster and have a hard time losing weight. They burn too little.

A. Simopoulos cautions: ‘Flaxseed or flaxseed meal contains a chemical called cyanide, which can prevent your thyroid from absorbing iodine, increasing your risk of developing goiter (swollen thyroid gland)’. (90) ‘Fresh flax seed contains the toxic substance cyanide (thiocyanate), a substance that is found in the blood after eating flax seed’ (92). Only cooking or grilling neutralizes cyanide, making it no longer harmful.
Best omega oil with palmitic acid for freer inhalation and exhalation

Palmitic acid, of which red palm oil is the richest source, is the most important fatty acid for protecting the alveoli. It lowers the surface tension of the alveoli so that breathing takes less effort and prevents alveoli from collapsing and therefore not functioning. ‘Palmitinic acid is the most important fatty acid for a normal lung surfactant’ (93), a substance found in the lungs that lowers surface tension.

Good omega 3, omega 6 and omega 9 oil is much cheaper than capsules

Omega-3/6/9 capsules apparently cost less. But that’s appearance. If you take a good brand, you will soon need 12 to 20 capsules of 200 mg to 1 g to absorb enough Omega-3 and 6. One tablespoon of vegetable oil contains 15g of omega-3/6/9. In addition, capsules are made of gelatin or pig skin. That is also not the healthiest.

Why omega-3 and omega-6 are vital

Why are sufficient alpha-linolenic acid (omega-3) and linoleic acid (omega-6) essential for life? Gone are the days when we thought fats only provided calories. To put it in the words of Udo Erasmus: ‘Omega-3 and omega-6 control all life processes in our body. Life without them is unthinkable. If our food shows a deficiency in omega-3/6, we can expect problems with our health.'(26) Without healthy fats, there would be no healthy hormone balance, no healthy cells and no electrical conduction.

From both omega-3 and omega-6, the body makes fatty acids that are the precursors of the hormones. ‘Too little fat can reduce the supply of sex hormones that play an important role in the health of both men and women’ (27). Deficiency of alpha-linolenic acid (omega-3) or linoleic acid (omega-6) therefore results in a disturbed hormone level in men, women and children.
The eicosanoids, hormone-like substances (prostaglandins and leukotrienes) are also believed to be produced from the extended chains of the parent fatty acids alpha-linolenic acid (omega-3) and linoleic acid (omega-6) in the cell membranes. They regulate the activities of the cells and have a powerful effect on all important functions of the human body.

Gamma linolenic acid (GLA) and healthy hormone balance: Leslie Kenton writes in her book ‘Passage to power, natural menopause revolution’, that GLA is made from linoleic acid (omega-6) and has a positive effect on the production of sex hormones, the estrogens (woman) and testosterone (male). (1)

Humans are made up of billions of cells. The vitality of any cell is largely dependent on the quality and protection provided by the cell walls (membranes). The quality of all cell walls is governed by omega-3 and omega-6 fatty acids. Sufficient omega-3/6 make the cell walls flexible and permeable so that they can absorb nutrients and remove waste products easily. For the protection of the cell walls, antioxidants such as vitamin E and carotenes are extremely important.

The electrical conduction through omega oil

Because omega-3/6 are unsaturated fatty acids, they ensure that the batteries of our cells can be charged. They ensure the conduction and generation of electrical impulses. Too little omega-3/6 makes us tired. According to researchers at the University of Minnesota, the EKG (electrocardiogram), the graphical representation of electrical activity of the heart, is a good indicator of the risk of cardiovascular disease.
Johanna Budwig on recharging our batteries. What everyone should know!

‘Omega-3/6 fatty acids are easily able to bind with proteins, so that new material is transported to the cells. The bipolarity between fat (cell envelope) and protein (nucleus) is fundamental to the maintenance and structure of all living cells. This bipolarity largely depends on the presence of sufficient omega-3/6. The lack of omega-3/6 paralyzes many vital functions. When the bipolarity between the cell nucleus and the cell shell is destroyed, for example by a deficiency of omega-3/6 or by consuming partially or completely hardened fats (trans fats), this means that the electrical charge disappears. In other words, the cell’s battery runs out. The ability to recharge the battery of our cells depends on the electrons in omega-3/6. In addition, the electrons of plant omega-3/6 vibrate with the same wavelength as the sun’s rays. This enables them to absorb, store and release solar energy when necessary to fulfill vital bodily functions.’ According to the legendary Johanna Budwig in her revolutionary book from 1959: ‘Flaxseed oil as a real aid against arthritis, heart disease, cancer and other diseases’. Johanna Budwig swears by a combination of cottage cheese and omega-3/6.

Conclusion: without omega-3 and omega-6 there is no life for humans. Insufficient omega-3/6 reduces our vitality. ‘Fats are the determining factor for all bodily functions’ Ivar Bang, 1911. 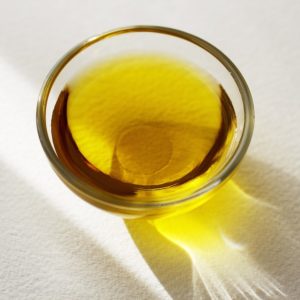 Plants produce these phytoestrogens, among other things, to sabotage the fertility of their enemies. For example, wild carrots and pomegranates were used by our ancestors as a contraceptive. Once upon a time, many Australian sheep became barren after overeating clover.

No excess of plant estrogens in baby food. According to the advice of Richard Sharpe (53). “There is fairly strong evidence that soy has beneficial effects in adults, but it contains a large number of potent phytoestrogens and I am unhappy that growing children eat too much soy.”

Mary Fallon writes in Nourishing Traditions p. 201 that too much plant estrogen can suppress thyroid function. The Okinawans have 7 times more plant estrogens (including flavonoids) in their blood than Americans. Still, the advice of the scientists of the ‘Okinawa 100-year study’, B. and G. Willcox and M. Suzuki, is: ‘flavonoids (and other plant estrogens) should be ingested naturally, not in pill form. ‘ (54)

4 glasses of tea contain between 47 and 67 mg vegetable estrogens (including flavonols) (55). More than enough, natural and without calories. Not even counting the fantastic catechins in the tea, you get those for free on top. Jasmine tea: 16.8mg per cup, green Japanese tea 14.5mg and black tea 11.8mg per cup.

The combination of linoleic acid (omega-6) and alpha-linolenic acid (omega-3) is stronger than the individual result. A higher intake of omega-3/6 reduces the risk of cardiovascular disease. (101)

Omega-3 reduces the formation of blood clots by making the platelets less sticky and by inhibiting the production of fibrinogen (clotting protein). (73) ‘People who start taking omega-3 oil sometimes experience a spectacular drop in blood triglyceride levels. Their cholesterol levels can also drop by 25%.’ (74)

Japanese doctor and professor Hiroyasu and his colleagues from Tsukuba University in Ibaraki-ken examined 7,450 men and women between the ages of 40 and 85 over a period of 6 to 14 years. They concluded that a 5% increase in the consumption of linoleic acid (omega-6) reduced the risk of all strokes by 28% (34% of a stroke due to oxygen deficiency (thrombosis), 37% of a lacunar stroke and 19 % on a brain haemorrhage). Linoleic acid (omega-6) also lowered blood pressure, made the blood less sticky and reduced the formation of clots in the study.

Omega-3 and omega-6 together with a lot of vitamin E and many carotenes contribute to beautiful skin, strong nails, shiny hair and healthy eyes. Skin, nails, eyes and hair are the mirrors of our inner health. The skin, nails, eyes and even hair need healthy fats and enough vitamin E and carotenes. Vitamin E and carotenes are generally known to protect the skin against the harmful effects of UV rays and air pollution. Vitamin E and carotenes help prevent skin aging.
Dry skin, itching, eczema, flaking, dull and thin hair are often the result of an imbalance or deficiency of omega-3 and omega-6 fatty acids. Omega-6 is the most important fatty acid for beautiful skin. The body makes gamma-linolenic acid from linoleic acid. Gamma-linolenic acid is often referred to as the skin oil and can also be found in borage, evening primrose and hemp oil. But the body can make GLA from linoleic acid (omega-6) itself.

The main fatty acid in the eye is DHA, which the body produces from alpha-linolenic acid (omega-3). DHA in the eye exposed to sunlight would oxidize rapidly without antioxidants such as vitamin E and carotenes (eg lutein and zeaxanthin) and become a victim of free radicals. This results in a strong loss of vision.

In psoriasis ‘leukotriene B4’ builds up in the skin and causes inflammation. Omega-3 prevents the production of too many leukotrienes B4 and therefore usually helps a lot to get rid of psoriasis. (University of California, dermatologist Dr. Davis)

If the cell sheaths (membranes) are unhealthy because they have been taken over by industrially refined, deodorized and fractionated fats and trans fatty acids, so that omega-3/6 fatty acids can no longer do their job, a serious problem arises of permeability of the cell membranes (insulin resistance). Nutrients and sugars no longer get into the cells, resulting in a blood sugar level that is too high.
‘Omega-3 and omega-6 administered to diabetics reduce the need for insulin, proving that insulin is dependent on omega-3 and omega-6,’ says Udo Erasmus in ‘Vital fats, fatal fats’, p. 396). Omega-3/6 should be protected against free radical attacks by antioxidants such as vitamin E and carotenes.

“Diabetics should avoid oxidized fats and oils.” Hence, sufficient vitamin E and carotenes should amply accompany omega-3/6 to prevent oxidation. “Trans fatty acids not only play a role in heart disease but also have an adverse effect on diabetes,” writes Mary Enig in Facts About Fats on p. 92.