Why omega fish oil is so bad 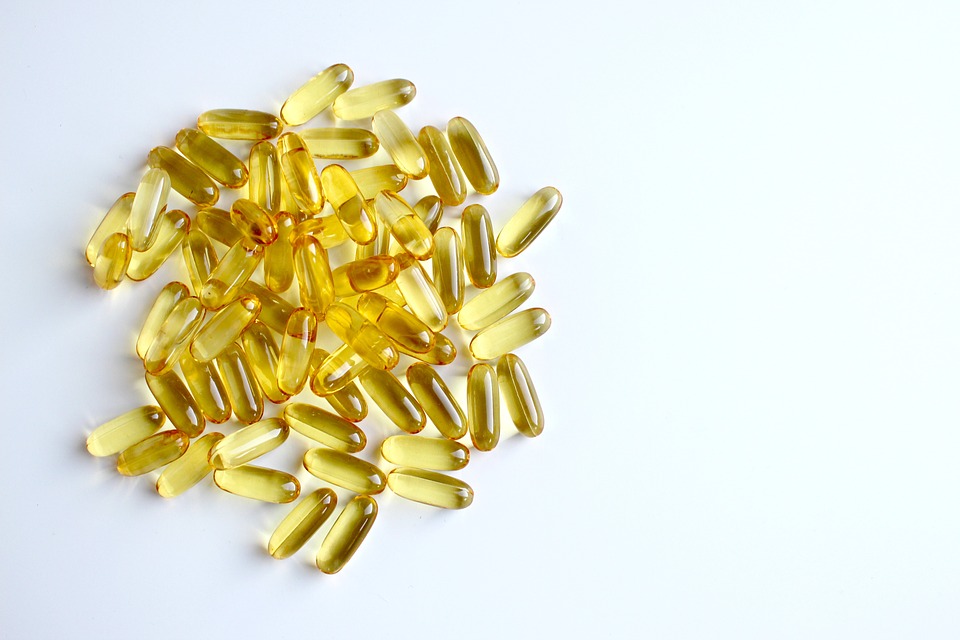 Eating fatty fish is not the same as consuming fish oil. There is a huge difference. The AHA (American Heart Association) recommends eating 2 servings of fatty fish per week. AHA clearly states that there is no convincing evidence that fish oil supplements are beneficial for cardiovascular disease. Also dr. He of the Northwest University of Chicago, after studying 200 studies, concluded that eating fish regularly can reduce the risk of ‘ischemic’ stroke by 13%. But he clearly states that it cannot be concluded that fish oil does the same. ‘There are probably other unknown nutrients in fish that are responsible for the reduced risk, nutrients that are not found in fish oil’.

Today fish are heavily polluted by man and his industry. Even the breast milk of Eskimos in Greenland is highly contaminated with PCBs, causing immunity and neurotic problems in their children, the Los Angeles Times reported on 13/1/04. Tests show that today the fish of all the world’s seas is heavily polluted. The larger the wild fish (such as salmon), the more contaminated it is. The PCBs, dioxins, heavy metals and methylmercury are stored in the fat of fish. Farmed fish cannot escape this either, because they get their own fish waste for lunch.

Around 1900, the industry started adding a hydrogen atom to vegetable oils to harden them. This is how margarine was created, a long-life fat. It all seemed harmless, but misfires of ‘trans fats’ were the result. Today it is known that by adding a hydrogen atom to vegetable oil, the particularly harmful ‘trans fats’ are created. This process created fatal fats that are still used today all over the world. After 100 years, people slowly but surely begin to recognize the harmful effects of hardening (hydrogenation). Only Denmark, the Netherlands and recently America have taken measures, after it has been known for many years that trans fats have harmful effects on health. But it will certainly be another 50 years before they are banned everywhere (if they will ever be banned?). Pharmaceutical fish oil has been processed to such an extent due to the contamination of the fish that it hardly resembles the fat in fish, as nature intended.

‘Pharmaceutical fish oil’ as a supplement too highly processed!

Fish are caught and stay on board the fishing boat for an average of 1 to 2 weeks, usually in refrigerated rooms. There the fish is selected. Fish that are too small, too large, strange and inedible are separated from each other. They are used to make fish oil. The edible fish are sold and the waste from these fish is often also used for the production of fish oil. In the meantime, the fish is already at least 2 to 3 weeks old. The contaminants are stored in the fatty parts of the fish (PCBs, dioxins, methylmercury and heavy metals). Many organizations therefore advise against eating oily fish during pregnancy. Since this poison is stored in the fat of the fish, it is actually no longer possible to sell fish oil without first refining it strongly. Nowadays, this strong refining has been given an expensive name ‘pharmaceutical grade fish oil’. How does one work?

Melting: the fish and the fish waste are first boiled so that after prolonged cooking the fish oil floats to the top, a process that is described as smelting. The first sin, because omega-3 rich fish oil absolutely does not like heating and oxidizes as a result. Free fatty acids are created that have to be removed afterwards.

Molecular distillation: this crude fish oil contains all contaminants from the sea, such as PCBs, DDTs, mercury, other heavy metals, dioxins and tastes bad. It contains cholesterol and free fatty acids. This major problem makes the oil unfit for human consumption. The fish oil industry invented ‘molecular distillation’. A complicated process in which the molecules are sharpened under high pressure, which removes the majority of the contaminants from the oil. But also the important micronutrients and even most of the cholesterol. But this still did not give pure oil and still an oil with a bad taste.

Fractionation: Next, one proceeds to ‘fractionate’ and ‘deodorize’, the so-called ‘pharmaceutical quality’. A strong chemical process of ‘fractional distillation’ will remove the saturated fats from the fish oil and a further sophisticated ‘molecular distillation’ will remove almost all PCBs from the oil. Chemical interesterification causes molecules to bind. The fish oil industry calls this “pure, pharmaceutical grade fish oil.” I call this one of the most processed, refined oils in the world. A 40 oil that is to be avoided like the plague. Just like refined sugar, refined flour and other refined oils, we should avoid this supposedly ‘pure’ but highly refined fish oil for our health. Foods that are refined (which expensive fish oil most certainly are) lack the micronutrients.
Extraction of fish oil is pure but not healthy, do not choose fish oil with bad fats as a supplement

With SCFE, in the first phase, the ‘extraction phase’, the ‘crude fish oil’ goes into a ‘supercritical’ state (neither liquid or gaseous) through the cells of the fish oil until they burst. The second step is ‘separation’, in which one takes out what one needs (eg DHA or EPA) and can later partially add what has been lost (eg vitamin E).

This method produces a purely technical but refined product, just like white sugar and white bread. But this pure product is anything but healthy, it lacks its friends (the micro-nutrients that accompany them in nature). Whatever the manufacturers lead us to believe; anyone who is in favor of pure nature can hardly be in favor of pharmaceutical fish oil.

Cheap fish oil is not fractionated and has not undergone chemical molecular distillation but contains too many PCBs, dioxins, heavy metals and methylmercury. Do the test: place a bowl of fish oil in the fridge for 5 hours (squeeze a capsule if necessary). If the oil remains liquid, you have ‘pharmaceutical grade’, which you should avoid like the plague because it is too processed. If the fish oil solidifies, then you have bought unprocessed fish oil that you should also avoid these days because of the pollution. 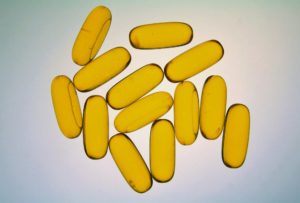 Fish oil gives only a part, vegetable omega 3, omega 6 and omega 9 the total

If we keep fishing as we are, our children will only see fish on the internet or in huge breeding tanks. Then all edible fish species become like battery chickens. Today’s salmon already is. Similarly, many fish species are endangered in their natural habitat. Stop consuming fish oil. Choose vegetable!

Your body is the hero, linoleic and alpha-linolenic acids omega 3 and omega 6

Your body makes all the fatty acids you need from linoleic acid and alpha-linolenic acid from vegetable oil. It’s a natural process. The omega-3/6 ratio is important for a smooth conversion. Two studies have calculated what ratio omega-3/6 should be for maximum conversion to DHA and EPA. This turned out to be one part omega-3 and two to four parts omega-6. (78) The greater the proportion of omega-6, the less alpha-linolenic acid is converted. (79) For the ideal conversion, the FAO recommends a maximum omega-3/6 ratio of 1/10. (78) Another test showed that up to 1/7 (omega-3/6) the conversion is perfect and if the omega-6 proportion exceeds 7 parts, the conversion to EPA and DHA clearly decreases 43 . Conversely, this is just the same. Too much omega-3 can inhibit the conversion of linoleic acid to AA because they use the same enzymes.

‘Most healthy people can make all the natural omega-3 and omega-6 fatty acids they need from alpha-linolenic acid and linoleic acid,’ says Udo Erasmus. Artemis Simopoulos and Robinson state in their book ‘The Omega Plan’ that about 10% of alpha-linolenic acid is converted into EPA or DHA? Scientific studies show that the conversion is between 5% and 20% in healthy people and can very exceptionally be 0%.(80) A fatty acid level analysis can determine whether you belong to those few exceptions.
Johanna Budwig, Dean Ornich and others warn against unhealthy fish oil supplements

Here are some statements from specialists: ‘Tests in other institutes showed that such fish oil is very harmful to both humans and animals, because they impair the functioning of the organs and poison the liver,’ says Johanna Budwig. (81)

“What many ads forget to mention is that Eskimos have one of the highest rates of brain haemorrhage in the world,” said Dean Ornisch. Using only omega-3 thins the blood and causes spontaneous bleeding. (83) ‘In addition, fish oil capsules often appear to raise cholesterol levels’ (84, 89). ‘Fish oil may offer some protection against heart disease, but it can make problems with diabetes worse. It prompts the liver to release more glucose into the bloodstream’ (85, 86, 87). ‘A study showed that fish oil makes cholesterol more sensitive to oxidation and therefore increases the risk of cardiovascular disease, which high alpha-linolene levels do not.’ (95) A Danish study showed that women who took 4 to 9 fish oil capsules for two years experienced no benefits for themselves. The study was conducted by the Danish Epidemic Science Center in Copenhagen.

A study published in the British Journal of Obstetrics and Gynecology found that mothers who took fish oil capsules (omega-3) during pregnancy were 2 times more likely to have brain haemorrhage in the baby than those who did not take anything. The moral: never omega-3 without omega-6. Omega-3 prevents blood clots. That’s positive. Omega-6 makes the blood clot. That too is positive. Both are needed.

Two studies published in April 2003 the interesting difference between the effects of fish oil, sunflower oil and linseed oil in relation to the C-reactive protein present in the blood. (103,104)