I don’t drink tap water and there are good reasons for it!

Many people don’t care about the quality of the water that comes out of their tap, but maybe they should.

The Flemish Environment Agency (VMM) and the National Institute for Public Health and the Environment (RIVM) in the Netherlands warn that water purification plants extract a large proportion of unwanted substances from ground and surface water, but not everything. Everyone agrees on that.

Water purification is an intense industrial process. It consists, inter alia, of coagulation, sand filtering, sedimentation, soil passage, ozone treatment, softening and carbon filtering. And yes, about 60 substances are checked, but there are about 60,000 substances that we would rather not have in our water. The multi-barrier treatment plants used in the Netherlands and Belgium partly offer security, but tap water is not pure. Learm more.

Is tap water the most strictly controlled food item?

NO, tap water is not a strictly controlled nutrient at all. It is checked on 67 points only. Water companies do this at the source, after purification and disinfection of the tap water and at the tap, but that is certainly not enough. Natural mineral water in bottles is checked during production, after having been nottled and often at more points than the tap water.

What happens to tap water after maintenance or adjustments to the pipes?

According to the water companies, it is essential, after maintenance work on the water pipes, to boil the tap water for 5 minutes before consumption. If you have not used a tap for a lengthy period, you should run the tap to flush away any accumulation of germs and/or metals in the pipes. Leaks in water pipes, both at the utility companies and in homes, are frequent. All this has an impact on water quality.

Wouldn’t rain water be healthy enough to wash myself with?

So why would industrially processed tap water be? Quite a large number of chemicals are added to tap water. Chemicals such as bleach, chlorine gas, aluminum sulfate, sulfuric acid, sodium hydroxide, methanol …

Are there asbestos fibers (asbestos cement) in your tap water?

Why is hot tap water not drinkable?

Water heated in boilers no longer has the same quality as cold tap water. Heating causes chemical processes that induce changes in water composition, the water will contain less oxygen, will no longer taste good and according to the water company, will contain harmful nitrite.

Stagnant water in water pipes that haven’t been used for a while will absorb substances from the pipes. This includes lead, iron and copper. In addition, stagnant water (but also running water) forms a biofilm on the inner wall of the pipes where bacteria quickly feel at home. As a result, water companies advise you to let the water run before using it in the morning or after an absence. Before drinking and boiling, first let the tap run for a while. This is how you prevent microbial contamination, the water company warns.

Tap water is not a natural product. It is a strongly industrialized product. Tap water’s taste will differ depending on the provider and the pipes.

After purification and disinfection of river water and surface water, the water runs through kilometers of pipes and connections. Old pipes, new pipes, asbestos-cement pipes, plastic pipes made of PE or PVC, lead and copper pipes and galvanized steel pipes. All these pipes react to the water and release substances into the tap water. None of these pipes is kosher for your health. And then we also have all the connectors that connect the pipes together. Welded joints, soldered joints, adhesives and more.

Chlorine in tap water is harmful to your intestinal flora.

The water company believes that adding a little chlorine to tap water is essential as a disinfection method. A lot of bacteria cannot survive chlorine, both in the tap water and in your intestines. In addition, Chlorine has a long-lasting effect (also in your intestines).

Also, chlorine in tap water can react with other substances, so that very harmful by-products can form in the tap water that you drink. The water company says there’s no health risk because they add a little less than he specified limit of 0.25 mg Chlorine per liter. You can taste and smell chlorine. The water company offers a solution for the odor. Put lemon juice in your tap water. Smell is then largely camouflaged but its antibacterial effect remains, also in your intestines.

The EPA (Environmental Protection Agency) clearly states: Within the body, chlorine combines with the body fats. A sticky substance develops on the walls of the arteries. And chlorine breaks down vitamin E. Chlorine is not only bad for your intestinal flora, but is also carcinogenic and possibly accelerates atherosclerosis (heart and blood vessels).

Is there nitrate in my tap water?

Yes, and sometimes there’s a lot. In Belgium there is a maximum of 50 mg. nitrate per liter in the tap water. In contact with other substances, nitrate can be converted into nitrite, which is harmful. The water company advises that infants with a weak stomach and intestines not drink tap water but that parents search for low-nitrate water. Sometimes methanol is added. Test purchases found concentrations of nitrates in Belgium.slightly too high. More than 25 mg/liter. (2013 publication).

Is there lead in my tap water?

YES and lead is particularly toxic. The intake of lead via drinking tap water (usually) is limited, but it is indeed present. Lead is toxic, even in very small quantities. The Belgian government has imposed a maximum standard of 10 micrograms per liter for lead.

Most lead in tap water is caused by the corrosion or migration of the pipes, but welded parts, connections and other parts of pipes also contain lead. And there still are quite a few lead pipes in the utility piping network itself (as well as in houses, factories and offices). Lead easily dissolves in water. It breaks down iron, calcium and iron in our bodies. It also affects the nervous system. Even micrograms of lead per liter is harmful to babies and fetuses. Lead poisoning in schools and daycare centers are a major danger for small children.

Could there be there pesticides in tap water?

Yes, for sure! The water company says that it is far below the norm, but the norm has become less strict. In Belgium, mains water is mainly taken from the Albert canal and major rivers such as the Maas, but also from groundwater. Activated carbon in the water purification system largely removes pesticides from the polluted water.

Environment minister Kelchtermans has relaxed the standard for the weed killer atrazine X 10 in tap water. Without raising this standard, purification companies would now have a very difficult time.

Are there medicines and drugs in tap water?

Yes, below the standard and therefore perfectly potable, according to the water company. The water company admits that residues of medicines and drugs are present in tap water, but within limits. “Medication residues have sometimes been measured in Dutch tap water”, stated a professor of the technical university in Delft. “Extremely little, but a cocktail of at least 1600 medicine residues.”

The drinking water report issued on November 5, 2018 is alarming.

Let me summerize the most alarming facts:

Is there cadmium in tap water?

Sometimes there is carcinogenic cadmium in our tap water. Making coffee in the morning is a risk of cadmium intake via tap water. Cadmium is stored by the body in the liver and kidneys. Cadmium can cause abnormalities in the fetus (teratogenic). Cadmium also is a calcium robber.

Is there arsenic in tap water?

Sure, there is arsenic in our tap water, but it’s below the maximum allowable standard. Arsenic affects organs and contributes to tumors and irritations of skin and mucous membranes.

Is there aluminum in tap water? 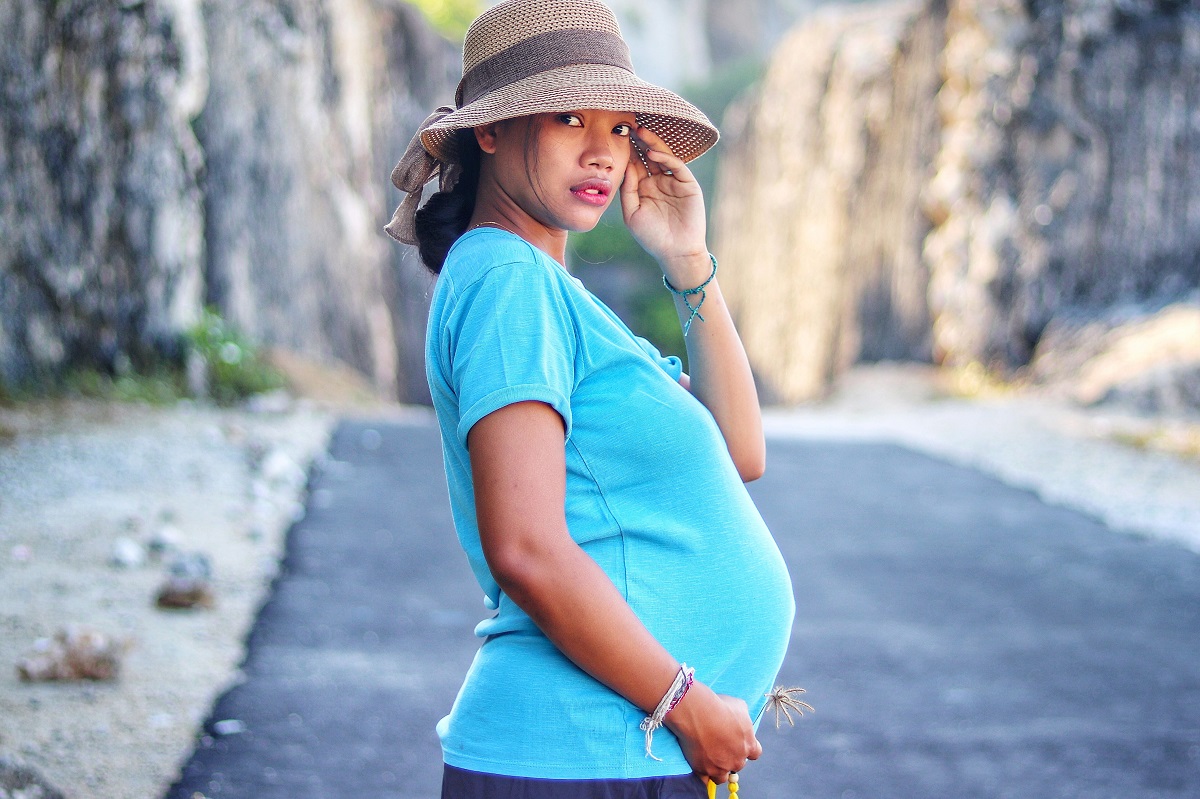 Drinking tap water when you are pregnant? Rather not! 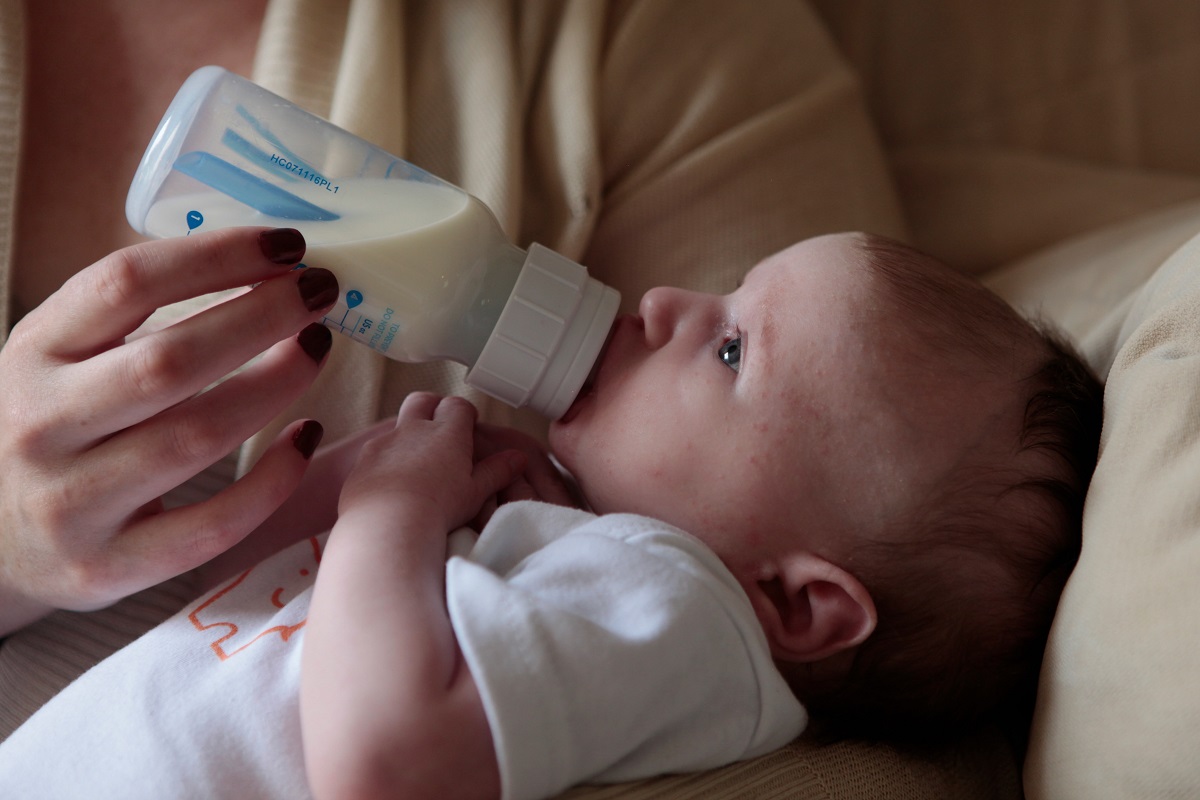 Do not use tap water to prepare baby food.

Should you drink tap water if you are pregnant or use it for baby food?

The water company is careful and says no. For babies older than 12 months it would be ok, but for youger babies, not really. The nitrate content norm, (25 mg/liter) is exceeded in some regions. Allowing water to run for a short while before using it for food or drink, is strongly recommended, but use cold water only.

Does a water filter in the house make sense?

The High Health Council advise against the use of water filters, including table models.

Jan Pieter van de Hoek, professor of drinking water at Delft University of Technology, asks the question: What is that little filter in your home going to do to your drinking water that the water provider company’s multi-barrier cleaning installation cannot do?

He wouldn’t buy a home filter himself. Water electrolysis, which some sellers claim one can use to determine water quality by is also incorrect. The only thing it can make clear is whether there are many or few minerals in the water.

An example of water electrolysis test is the test with Spa Reine and tap water, known to many. Spa Reine stays clear and tap water turns brown. What was demonstrated with this test? The amount of minerals. There are more minerals in tap water than in the mineral-poor Spa Reine.

Are there hormones in tap water?

Yes there are hormones in our tap water, the water company says, but below the maximum acceptable standard.

No, since most softeners work by exchanging ions. Calcium and magnesium give way to sodium.

Is there fluoride in tap water?

Yes, there is fluoride in the tap water in Flanders and in the Netherlands. It is not added, but is present in low concentrations.

Fluoride is a waste product from fertilizer and aluminum production. And occurs in surface water and in rivers. Fluoride steals calcium from our body, causes gum disease at 1 mg/liter, causes bone fluorosis in pelvis and vertebrae at 0.8 microgram or more, is harmful to vitamin K, can lead to hyperactivity in fetus and babies if they come into contact with it too often.

Are there microplastics in tap water?

Yes, 70% of all tap water in Europe contains microplastics. The World Health Organization states “microplastics are everywhere, including in our drinking water.”

Many school buildings are old. Lead pipes are there, but that certainly is not the only problem. Many fawcets or taps in schools are not suitable to drink water at. Cold water only. Never use hot tap water to drink or prepare food. Only taps with sufficient water decrease are acceptable, but what do you do after a weekend, in the morning or after school holidays? Let the water run before the children arrive and don’t let them drink directly from the tap. That’s playing roulette with your child’s health.

Sources: VMM: Vlaamse Milieumaatschappij prepares a report every year. Most findings come from their own site. Prof. Dr J. Poppe, The decline of our drinking water. (Orthophyto nr 64) RIVM (National Institute for Public Health and the Environment)