What is the medicinal Agaricus mushroom? 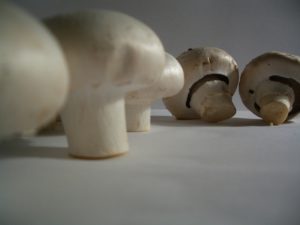 Andrew Weil said the following of Agaricus brasiliensis/blazei): contains beta-glucans, a group of polysaccharides (complex sugars), believed to be the compounds responsible for its immune-boosting effects. Oncologists in both Japan and Brazil use the Agaricus in their treatment protocols. (14)

Agaricus mushroom in the spotlight

Scientific studies have confirmed that Agaricus helps to extend life, keep your body younger and has a positive effect on the metabolism and digestion. (1) The Agaricus blocks production of the aromatase enzyme that is needed for the biosynthesis of oestrogen. Oestrogens are linked to hormone-dependant cancers such as prostate and breast cancer.(2) When it comes to therapeutic effects, the Agaricus is said to have antioxidant, anti-allergy and antitumor properties, while it enhances the immune system and is beneficial in combating diabetes, hepatitis and infections. (3) Agaricus contains many polysaccharides, including beta-glucan. (4) The Agaricus mushroom is also the easiest absorbable form (low molecular weight) and the most active form of beta-glucan out of all mushrooms. (5) The Agaricus probably has around 500 active ingredients, including glucomannan, RNA amino acid complex, beta-(1-3)-D-glucan, beta-(1-4)-a-d-glucan, beta-(1-6)-D-glucan, ergosterol (pro vit. D2), ergocalciferol (vit. D2), sodium pyroglutamate, and the 3 digestive enzymes amylase (starch), trypsin (proteins), protease (proteins) as well as the enzyme tyrosinase (which is required in the production of melanin to protect our genetic material from UV rays). (6) The mushroom also contains 4 types of chitin (chitin-glucan, crude chitin, fungal chitin and crude fungal chitin). (8)

The Egyptian pharaohs considered mushrooms to be the plants of immortality, and the Aztecs called them God’s flesh. Meanwhile, in traditional Chinese medicine mushrooms rank extremely high, and Buddhist monks and Taoist priests have disseminated their healing properties throughout Chinese culture.

Bertyn’s ground Agaricus mushrooms are tested for 4 heavy metals and pesticides, with no pesticides found while the heavy metals were all below the detection limit – arsenic (under 2 ppm), lead (under 1 ppm), mercury (under 0.1 ppm) and cadmium (under 0.1 ppm). Every shipment of Bertyn’s ground Agaricus mushrooms is also subjected to microbial testing.