Which is best: vitamin D2 or vitamin D3?

Which is best: vitamin D2 or vitamin D3? 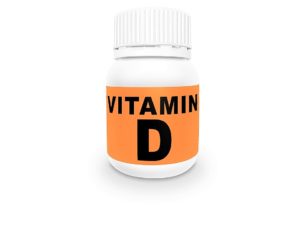 D3 is often simulated by chemical processes. In fact the vast majority of D3 on the market is artificially created by chemical means. In animal form vitamin D is frequently obtained by extracting liver oils (from fish livers) or by exposing animal or wool fats to ultraviolet light. The problem with animal D3 is that it can be contaminated by fat-soluble pesticides and heavy metals. Fatty fish such as herring, catfish, trout, tuna, eel, sardines, mackerel and salmon also contain vitamin D3, but they likewise absorb heavy metals and toxic substances such as endocrine disruptors. D3 substances often contain these toxic substances. Plant-based vitamin D2 can be found in uncultivated wild mushrooms, cheese and egg yolk.

So vitamin D3 is more efficient than (plant-derived) D2? No!

Many people claim that D3 (animal-derived) is better absorbed than D2 (plant-derived), but scientific studies contradict each other in this regard. For example, a scientific study published in the Journal Clinical Endocrine Metabolism in 2008 (93: 677-681) clearly asserts that 25 µg of D2 daily is just as effective as 25 µg D3 for keeping the vit. D (25-hydroxyvitamin D) serum level in balance. The study concluded that vitamin D2 is just as good as vitamin D3 when it comes to keeping or bringing 25-hydroxyvitamin D to a healthy blood level (9).
But even though the scientific studies often contradict each other, many say that vitamin D3 is better absorbed. However, when your body absorbs vitamin D3 (animal-derived) it often also absorbs heavy metals, pesticides, endocrine disrupting substances and other toxic products that are stored in animal fat. And that is why Amanprana D2 is the natural choice. There are no pesticides, no heavy metals, no endocrine disrupting substances or any other toxic products in
Amanprana D2 (plant-derived). The so-called better absorption of D3 does not outweigh the negative consequences of the contaminants contained in D3 (animal-derived). It’s much better to take a little more D2 (plant-derived) and stay free of contaminants! And with the added bonus that D2 (plant-derived) does not damage fish stocks and is better for the environment!