Animals and the strength of extra virgin coconut oil

Animals and the strength of extra virgin coconut oil 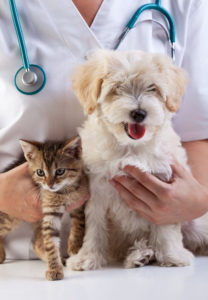 Coconut oil is gaining a good reputation for being excellent nutrition and a natural remedy. People are using it to improve digestion, to help with a host of skin problems, to increase their energy levels, to fight infections, keep their blood sugar levels in balance and a host of other uses.

When you ask Bruce Fife, coconut expert and author of 7 books on coconut oil, whether the same benefits would apply to animals, he answers unequivocally ‘yes’. There has been a great deal of research carried out with animals and people and they show the same results. A great deal of coconut oil has been done with people. But people are animals, too.  Coconut oil is effective both as food and on the skin of a wide range of pets. It is an affordable and effective remedy. That applies for dogs, cats, horses, and birds. As well as for sheep, pigs, cows and carrier pigeons. Animals love coconut oil.

There are many benefits:

How to apply coconut oil to your pets?

Either as food or massaged into their fur or skin. As food, you can either give the coconut oil on its own or mixed into their food. Most animals love it. You can never give them too much, but moderation is recommended.

When used as massage oil: in case of inflammation or therapeutically – generously and several times per day. For daily use 1 time per day or per week.

Fans of coconut oil for animals:

“The benefits of applying extra virgin coconut oil on the skin or fur of animals have been known for a long time. Wounds heal quicker and better and dry, rough, irritated fur becomes shiny and soft within days or weeks.” Bruce Fife, expert in coconut oil and author of 7 books on the benefits of coconuts

“My horse had warts on its nose that simply would not go away. I decided to try coconut oil. Everyone said I was mad. Within 10 days, the warts were gone. I was so happy. My horse loved the coconut oil.” Tanya, USA.

“My friend’s cat’s tail got caught in a door. The wound got infected. She began massaging the cat’s tail liberally with coconut oil. And she let the cat enjoy some coconut oil from time to time. Her cat loved it. The wound healed quickly. Her cat regularly eats coconut oil now. She really loves it.” Maxime, Brasschaat, 11/2013

“My dog got an ear infection from playing with other dogs. The ear was swelling up. I put some coconut oil on it and the infection was gone in a couple of days.” Christine, Londerzeel, 10/2013

“My dog had a small pink bump on her nose. It was slowly getting bigger and bigger. The vet told me it was folliculitis. That is a skin infection around the hair root. It said that it would get bigger and that it would be best to remove it through surgery. I didn’t like that idea and began searching on the Internet. I read about the benefits of coconut oil for all kinds of skin problems. I bought a large jar of coconut oil from and rubbed it into my dog’s nose several times per day. My dog loved it. After a week, the bump was slowly getting smaller. After 2 weeks, I saw that it had opened and dried out. After about a month, the bump was gone and the skin colour was normal again. I was very happy with coconut oil.” Bernadette, Amsterdam, 8/2012

“It was incredible how quickly the coconut oil was able to clear up a fungus infection in dogs.” Birgitte, Lille, 8/2012

“Our cat was eating poorly until I started mixing coconut oil from in with her food. It was great to see. Her fur quickly began to gleam.” Paul, Keulen, 6/2012

“I give my carrier pigeons coconut oil and red palm oil every day. It helps them to perform better and gives their feathers prettier colours.” Marcel, Oostrozebeke, Belgium, 5/2012

“One night at dinner, I let my Labrador taste coconut oil. He slurped it up. Our dog gets coconut oil every day now.” Ruud, Austria, 3/2012

“I massage my dogs’ hair every day with coconut oil mixed with 1% cinnamon oil, like you advised me. They smell great, their typical dog odour is pretty much gone, and they aren’t bothered by ticks at all. Thanks” Jolande, Zwolle, Netherlands, 1/2012